Portraits of the late U.S. Supreme Court Justice Ruth Bader Ginsburg greet Jennifer Morgan when she walks into the main area of her Buckhead business, Eleanor’s Place. On a table nearby, members and guests will find a display of napkins embroidered with Ginsburg’s image. One of the private carrels at Eleanor’s Place, a private co-working space for women, is named after Ginsburg, and books compiling her quotes can be found here and there. An RBG doll sits with Morgan in her office.

“I put her everywhere in here because she reminds me of how far we’ve come and how much there is still to be done,” Morgan said. “The example she set as a true public servant and devoting her life as an advocate for democracy and equality, I think is rare.”

She was devastated to learn of her idol’s passing. 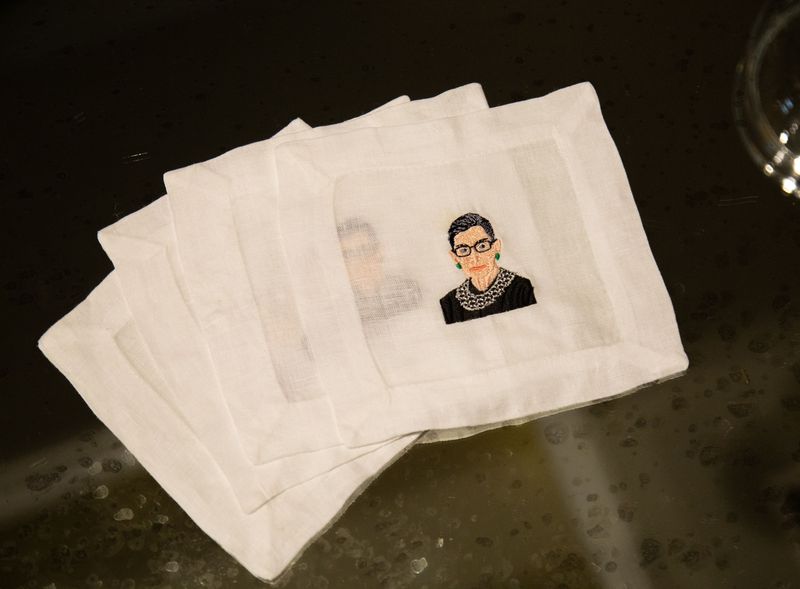 Ginsburg, who had been the high court’s oldest sitting justice, died Friday of metastatic pancreatic cancer at 87. Pancreatic cancer also took the life of U.S. Rep. John Lewis, 80, in July, leading local instructional designer Anita Bryant to posit both were simply worn out from fighting for justice.

“We’ve lost so many of the OGs of our movement that struggled tirelessly,” said Bryant, who said Ginsburg gave her hope amid political rancor and societal unrest. “There are so few places that we can get fairness and equity and recognition and she was that stronghold for not just women but for humanity.”

He later posted a gracious, laudatory statement hailing her brilliant mind – and then a tweet saying the Republican-led U.S. Senate should move swiftly on whomever he nominates to fill the vacancy.

“We were put in this position of power and importance to make decisions for the people who so proudly elected us, the most important of which has long been considered to be the selection of United States Supreme Court Justices,” it read. “We have this obligation, without delay!”

“I think she tried to hold on until Biden could get elected,” he said, referring to former Vice President Joe Biden, the Democratic candidate. “I always feel that our society doesn’t take sexism seriously enough. Roe v. Wade declared that a woman has a right to privacy over her own body and there are justices on the court now who don’t believe that women should have that right.”

“A couple of weeks ago, I said, ‘She is like the Bee Gees, staying alive for the county,’” he said. “To be able to stay alive as long as she did has prevented Trump from putting another conservative on the Supreme Court.”

Pam Morton, director of the Book Festival of the Marcus Jewish Community Center of Atlanta, found it significant that Ginsberg passed away at the start of Rosh Hashanah.

“Right before sundown is when the holiday begins. It was very fitting for a woman who was so fierce and lived such a hard-fought life,” said Morton, who considered Ginsburg her personal hero. “It was such a really beautiful and an unfortunate end because we all wanted her to live on.” 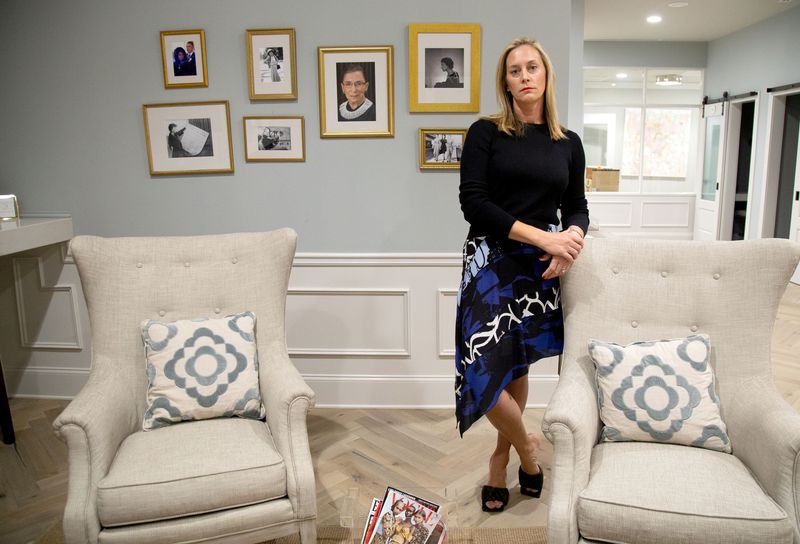